Only 2 left in stock

The Work of the married artists Jean and Marianne Bremers, presented to you in this beautiful book, is difficult to assess. In choosing to work in bronze, they have not chosen the simplest means by which to establish their name. You can’t hang a bronze on your wall. People tend to view bronze as an element in public areas, as memorials to monarchs, leaders, freedom-fighters and glorious military generals or admirals. Indeed, why is homage rarely paid in the form of a statue to leaders of the losing party in their homeland? Busts of reclusive bankers, actors and conductors, mayors, etc. are often found in offices, theatres, town halls and museums. ‘Well-made’. people say, ‘Good likeness, skilfully done; but art; is it art?’Publications are overflowing with attempts to answer this question. Over the past decennia art critics (what a strange word in fact;’critics’)have been of the opinion that all art should be ‘modernized’. You could say that Donatello’s choice of a male nude in his famous David from 1432 (Florence, Bargello), after nearly a thousand years of asceticism, was daring, but it may be regarded as just a fine statue of a domewhat idealized young boy.  Johan Huizinga* (1872-1945) made a fascinating contribution to the debate surrounding renewal in art in his famous essay ‘In de schaduwen van morgen, een diagnose van het geestelijke lijden van deze tijd.'(1935) (‘In the shadow of tomorrow, a diagnosis of the spiritual distemper of our time’). He said that the trend of reasoned transformation – noticeable by what appears on canvas and in statues – in renouncing all connections with reason and nature, runs the risk of excesses. Huizinga called the continuous striving for originality one of the diseases of modern times. Huizinga had, under the influence of economic malaise and the approaching Nazism, by then become a cultural pessimist and there is now, in particular after the Second Word War, an increasing appreciation of self-expression which exceeds perfectionism (Chagall) in non-figurative art, including that of remarkable quality. It is, at best, reluctantly

Be the first to review “Quatre Mains” Cancel reply 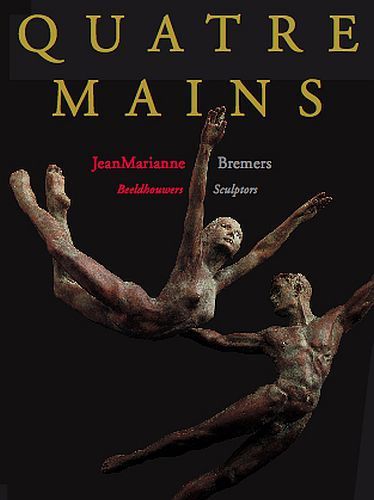